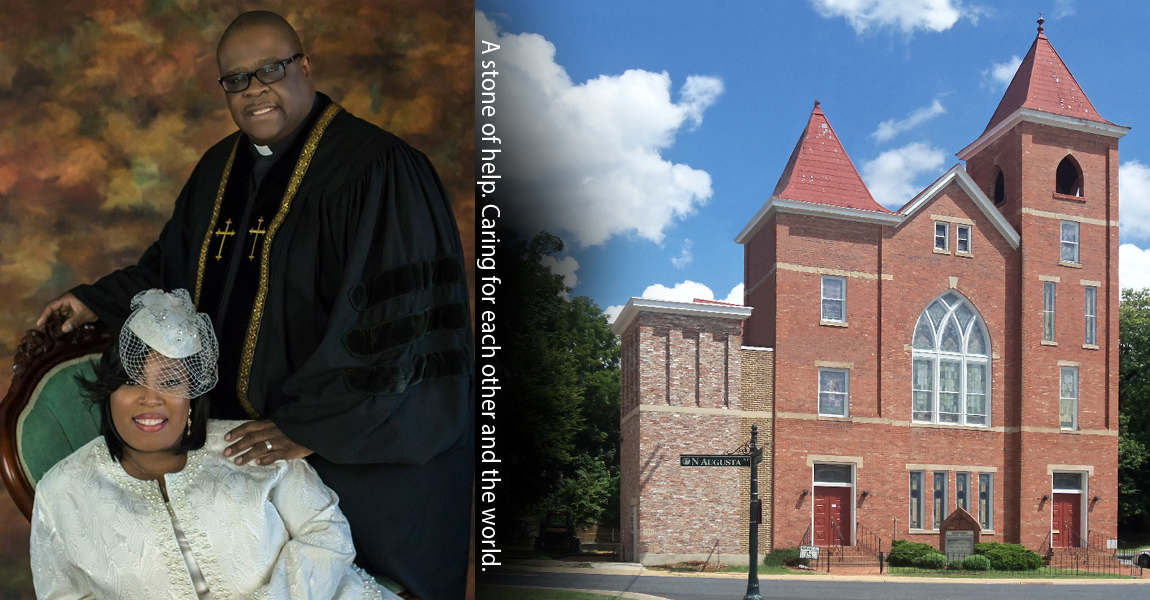 Our honoree is a native of Southampton County, Virginia and a product of its public schools. He continued his education at the University of Virginia with a Bachelor of Arts degree in Religious Studies and a Master of Education in Counselor Education. He also earned a Master of Divinity degree from the Samuel DeWitt Proctor School of Theology of Virginia Union University. The Virginia University of Lynchburg bestowed the Doctor of Divinity upon him in 1999 after his five-year stint there as an adjunct professor.

Pastor Turner has served the following pastorates: Mount Paran Church in Elkton(1980-1985); Mount Marine Church in Fishersville(1982 – 1987); Ebenezer Church in Staunton(1985-1999) and Beulah Church in Stuarts Draft(2002 – 2006). He also served as the full-time chaplain of Sussex I State Prison in Waverly from 1999 to 2001. His professional career in counseling has included employment at Woodrow Wilson Rehabilitation Center; Staunton Correctional Center; and Harrisonburg Workforce Center. He retired from Valley Community Services Board as the Judicial Liaison and an Emergency Services Clinician in May, 2014. He returned to Ebenezer Church in Staunton on January 1, 2007 as the interim pastor and subsequently was installed as senior pastor on June 15, 2008.

He was licensed to preach at Rising Star Baptist Church in Branchville on December 5, 1976 and was subsequently ordained at Ebenezer Baptist Church in Charlottesville under the pastorate of the late Dr. Elisha George Hall on December 7, 1980 . He has served the community as a board member of Staunton Public Library, the United Way, and the Staunton Branch, NAACP. He is affiliated with the Ministers’ Alliance of Waynesboro, Staunton, and Augusta County; the Hampton Ministers’ Conference; and the Ministers’, Deacons’, Stewards’ and Laymen’s Union of Virginia and Alpha Phi Alpha Fraternity, Incorporated. He joyfully taught a number of ministers as the coordinator of the Staunton-Waynesboro Extension of the Evans-Smith Church Leadership Institute co-sponsored by Virginia Union University and the Baptist General Convention of Virginia.

He is the blessed father of Michael Anthony, II and Florin Michaela Turner and on April 23, 2011, he was united in Holy Matrimony with the former Rhonda Jean Fuller. His motto is “With God all things are possible.” His life verse is Philippians 1:21: “For me to live is Christ, and to die is gain.” Among his favorite hymns are “How Great Thou Art”, “Lord, Keep Me Day by Day”, and “When I See Jesus". Favorite monikers for him are “The Community Pastor” and “Dean of the Preachers in the Valley”.

A stone of help. Caring for each other and the world.
Our mission is to fulfill the calling of God through corporate worship, through proclamation of the Gospel by word and deed and through ministering to human needs in the name of Christ.

Organized
• September, 1878
• At the home of the late Deacon and Mrs. Henry Burke at 428 North Market Street

The present site was secured on December 6, 1878. The Annex was built and the church was remodeled in 1907. In 1910, the old church was demolished and the present edifice was erected. In 2011, the Church erected an addition to house the new elevator.